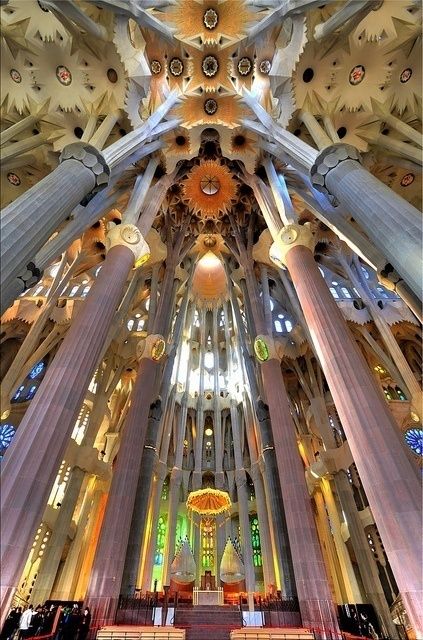 The Goal of Christianity or (The Holistic, Eschatological Christian Ethic)

Many years ago, when I was an Orthodox Christian, I had an old friend, over Facebook, ask me, “What is your goal as part of the Orthodox Church?”  I’m going to answer that question how I answered it then, but with the answer being for the entire Christian Tradition, not just from specifically how Orthodoxy would answer it. I believe how I answered it then applies to the greater Christian religious tradition itself and its purpose for existing. So here it goes:

I, again, would say that the overall goal of Christianity is union with God through what we call theosis, meaning “to be made divine.” Orthodox Wiki states of theosis, “Theosis (‘deification,’ ‘divinization’) is the process of a worshiper becoming free of hamartía (‘missing the mark’), being united with God, beginning in this life and later consummated in bodily resurrection.’ Of course, we aren’t made divine as God is in His essence, but divine as we were made to be in our original glorious state. We become truly human again, which is what Christ shows us in His becoming human. Theosis is,  as St. Peter said in his epistle, “putting on the divine nature.” Saint Athanasius said, “God became man that man may become god” (note the lowercase g).

Now, not to confuse readers unfamiliar with Orthodoxy too much, they have a teaching about God’s energies and God’s essence. God’s essence is who He is, which is unknowable to us; it’s His ontology, His beingness, His ousia. It is the Numinous. His energies are manifestations of that essence. Grace itself is the energies of God, which allow us to experience something of the Divine. We become like God in His energies. We become divine once again. We become Eucharistic. The real fall of man is that he ate that for which he could not give thanks. We become thankful. We take what God has made and given for our lives here on earth, along with our very lives, and offer them up in thanksgiving back to God through what is called askesis. Askesis is the practice of the spiritual disciplines like prayer, fasting, worship in the Liturgy, etc. It is participating in the ascetic life to kill the Old Man, our flesh, and live from our hearts, where our true selves lie.

The goal of Christianity is theosis, the uniting of man with God, in holy love and holy light. It is union of the Divine with humanity. This is the goal of Christianity. True Christianity is both internally-focused, but externally-present and externally-manifested. Meaning, the spiritual life is a struggle inherent in our own personal lives but lived out and witnessed by all. Our goal is theosis, complete union with God. We are in continual repentance, and we are continually being made holy and are continually dying to the flesh. This is a struggle faced all our lives and is lived as repentance.

However, we also live lives of holiness and show others the work of Christ in our lives. We do preach. We do evangelize. You don’t have over a billion adherents to your religion worldwide at this moment without some sort of evangelization. Of course, our understanding of those things are vastly different among the various Christian Traditions.

However, it is by the quality of our inner lives that others see Christ. St. Seraphim of Sarov said, “Acquire the Spirit of Peace and a thousand souls around you will be saved.” This is what we do. We share with many, with all, the peace of Christ who has taken us into Himself. Our lives, as St. Paul, says are, “Hidden in Christ with God” (Col.).

When we gain this inner peace from the hell that is our lives we spread that joy to others. It is participating in the grace, the energies, of God. We reinvest that grace given to us by our own askesis and spreading the light of Christ, making Him present in our mortal flesh to those around us. We become little Christs.

This is the goal of true Christianity. We have the teleological goal of union with God via the deontological goal of askesis, which transforms us areteologically and conforms us to the image of Christ. This is theosis. This is Christianity. This is salvation. We are eschatological beings and Christianity is an eschatological faith. This is a very short answer to a very complex question posed to me, but I hope I do it some ounce of justice. This is the “Christian Ethic” so to speak. I believe the ethics perspective paints a great picture of Christianity and what it seeks to do in the human heart and mind. This is our goal; this is our ethic.

May God have mercy on us all and remember us in His Kingdom.

One thought on “The Goal of Christianity or (The Holistic, Eschatological, Christian Ethic)”